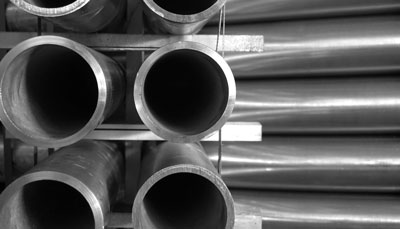 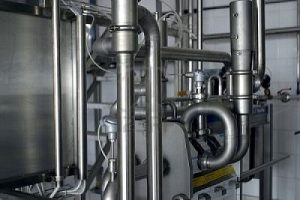 In this article, we overview some of the common methods used to detect corrosion in stainless steel pipes and tubes. Technological developments have produced a dizzying array of non-destructive testing (NDT) used for detecting corrosion, each with its own advantages and limitations. Accurately detecting corrosion in stainless steel in a cost effective and practical manner is an incredibly complex problem. Choosing the most appropriate method(s) for your needs requires consideration of the particulars of the situation and may warrant the assistance of experts in corrosion detection. For simplicity sake, we will focus mostly on austenitic stainless steel (or 300 series), which is susceptible to problematic forms of corrosion and accounts for the majority of stainless steel in use.

Second, many corrosion detection methods do not detect pitting and stress corrosion cracking. Both of these problems are difficult to detect and could potentially cause catastrophic failure. The unfortunate Silver Bridge collapse was caused by stress corrosion cracking, for example. Thus, if there is a high cost of failure or there is likelihood of pitting or cracking, appropriate detection methods must be employed. According to experts1, methods that will detect cracking and pitting in stainless steel include: penetrant dye testing, acoustic emission, ultrasonic testing, and eddy current testing.

Third, many corrosion detection methods require direct contact with the metal. Therefore, if there is insulation, the insulation must be at least partially removed. However, when pieces of insulation are removed moisture has an opening to get under the insulation, thereby actually increasing the likelihood for corrosion under insulation. Furthermore, we’ve seen firsthand countless times that plugs cut into the insulation are frequently not properly replaced and are one of the top contributors to energy inefficiency in piping systems.

This creates a notable dilemma, as there are few instances where you can accurately and thoroughly check for corrosion under insulation(CUI) without cutting into the insulation.

Having identified unique aspects of detecting corrosion in stainless steel, we will briefly overview some of the more popular detection techniques.

Visually inspecting for corrosion with your own eyes is the simplest method of all. If you have only a small amount of pipes or tubes, it may be the cost-effective approach as well. However, for the large systems home to most stainless steel tubes and pipes, visual inspection becomes the least cost-effective approach due to the enormous amount of labor required. In addition, you can’t visually inspect what your eyes can’t see, so if there is insulation, you can’t inspect anything that you do not cut off, making it extremely difficult to detect non-uniform corrosion such as cracking. Furthermore, the human eye has proved notoriously inept at detecting stress corrosion cracks, which can start out incredibly small. Relying solely on visual inspection is almost always not recommended.

X ray (radiography) can be used for corrosion detection without requiring insulation removal. One disadvantage is that X-rays produce radiation, and the precautions that need to be put in place when conducting X-ray testing may be impractical in many environments. Another disadvantage is that X-ray does not detect cracking and pitting; however it can be very useful for detecting other kinds of defects.

The Eddy Current Technique (ECT) has likely become the most frequently recommended corrosion detection method for stainless steel. This technique uses electromagnetic induction to apply alternating “Eddy” currents to the pipe or tube. As the electromagnetic field interacts with the material, the impedance of the coil in the testing probe changes; the impedance paints the picture of the defect in the tube.

That was just the tip of the iceberg when it comes to corrosion detection methods. There truly is a tremendous variety of techniques and none of them seem to come out as a clear winner for detecting CUI in stainless steel piping in a full range of scenarios. However, techniques can be combined to better meet inspection needs.

Due to severity of problems that can be caused by CUI and the difficulty detecting CUI – especially in stainless steel pipes – it is all the more important to factor in corrosion and detection methods before piping and insulation is installed. Consider how corrosion-prone your conditions are and how costly failure would be due to corrosion; then draft a detection plan before the system is complete. Consider your insulation system based on your corrosion detection andprevention needs. For example, removable insulation can be the superior choice when frequent inspection and maintenance is required. It is also recommended to enlist in the advice of corrosion detection experts when choosing detection methods and making detection plans.

For more information on corrosion detection in stainless steel pipes and tubes, we recommend the following expert resources: